7. Sts. Sixtus II, Pope and Martyr, and his Companions, Martyrs

Sts. Sixtus II, Pope and Martyr, and his Companions, Martyrs 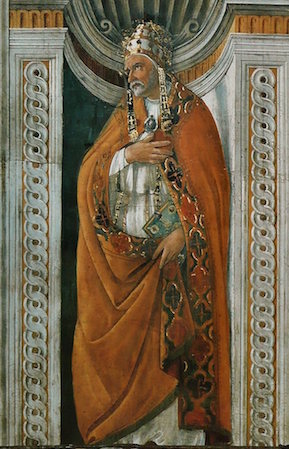 St. Sixtus, (Xystus), elected to the Roman See in 257, was a good and peace-loving Pontiff. After reigning for twelve months, he was arrested on August 6, 258, at the cemetery of the Praetextatus in virtue of the recent edict of Valerian prescribing death for the leaders of the Christians. Accordingly, he was slain on the spot (although there is a possibility that he was first taken away and examined and then brought back for execution). With him there were also martyred Sts. Felicissimus, Agapitus, and four other deacons. St. Lawrence, archdeacon of Sixtus, was also martyred there three days later.

PRAYER: Almighty God, you gave St. Sixtus and his companions the grace to lay down their lives for your word and as a witness to Christ. By the power of the Holy Spirit, help us to be quick to believe and unwavering in the profession of our Faith. Amen.
Saint of the Day
St. Marcellus I, Pope
We Remember
January
Merciful Jesus, grant them eternal rest.
Mass Schedule:
7:30 AMMonday:
7:30 AMTuesday:
7:30 AMWednesday:
7:30 AMThursday:
7:30 AMFriday:
8:00 AMSaturday:
8:00 AMSunday:
8:00 AMHolidays:
Holy Hour - Adoration:
Thursday before First Friday: 7:00 - 8:00 PM