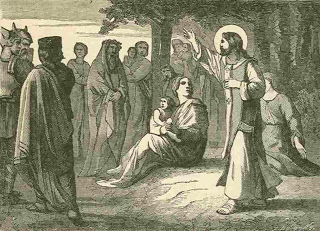 St. Gatian came from Rome with St. Dionysius of Paris, about the middle of the 3rd century, and preached the Faith, principally at Tours in Gaul, where he fixed his episcopal See. In that portion of Gaul idolatry was strong, but the perseverance of the Saint gained a number of converts.

Gatian was often obliged to conceal himself from the fury of the heathen inhabitants of the place. He celebrated he Divine Mysteries in caves and grottoes, where he assembled his little flock. He continued his labors amid many dangers for nearly fifty years, and he died in peace at the end of the 3rd century.

PRAYER: God, You made St. Gatian an outstanding exemplar of the Divine love and the Faith that conquers the world, and added him to the roll of saintly Pastors. Grant by his intercession that we may persevere in Faith and love and become sharers of his glory. Amen.
Saint of the Day
St. Agnes, Virgin and Martyr
We Remember
January
Merciful Jesus, grant them eternal rest.
Mass Schedule:
7:30 AMMonday:
7:30 AMTuesday:
7:30 AMWednesday:
7:30 AMThursday:
7:30 AMFriday:
8:00 AMSaturday:
8:00 AMSunday:
8:00 AMHolidays:
Holy Hour - Adoration:
Thursday before First Friday: 7:00 - 8:00 PM