12. The Most Holy Name of Mary

The Most Holy Name of Mary 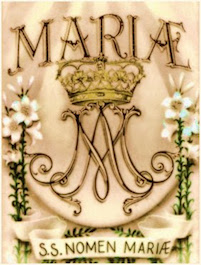 On this day, the Church celebrates the Feast of the Most Holy Name of Mary, which recalls the love of the Mother of God for her most holy Son and proposes the figure of the Mother of the Redeemer to be invoked by the faithful.

Over the years, more that seventy meanings have been attached to the name Mary—most based on devotion rather that philology.

The two meanings that are most prevalent nowadays are: “The Exalted One” and “The Sublime One”. The latter seems to be most probable of all—and it certainly fits the Blessed Virgin very well.

The feast originated in Spain and was approved by the Holy See in 1513. Innocent XI extended its observance to the whole Church in 1683 in thanksgiving for the victory of John Sobieski, King of Poland, over the Turks, who were besieging Vienna and threatening the West. The feast was assigned to September 12, the date of the victory and only four days after the Feast of the Nativity of Mary.

The feast remained in the Universal Roman Calendar as a lesser Feast of Mary until the publication of the new Roman Missal revised in accord with the principles of the Secondd Vatican Council, when it was dropped as being a duplication of Mary’s Nativity. It has now been restored in the Roman Missal of John Paul II, which appeared in 2003.

The name of Mary is celebrated as: (1) a name of honor, for God has so exalted her name that human lips will never cease to praise her; (2) a holy name, for it marks out the woman who was entirely full of grace and found favor with God and gave birth to the Son of God; (3) a maternal name, for the Lord Jesus dying on the altar of the Cross gave her to us as our Mother so that we might call upon her and be strengthened in our needs; and (4) a name responsive to need, for the faithful on whose lips her name echoes turn to her with confidence as their Star of hope and their Mother in time of danger.