Jesus looked up and said to Zacchaeus, "Come down quickly, for today I must stay at your house."... "Today salvation has come to this house." (Lk 19:5,9)

Seven single women spend a relaxing weekend from October 12 - 14, 2018 listening to God, Who calls to look for His will and understand His plan for us through the prayer.

Much is packed into the weekends. This year's included: a DVD on the person and life of Archbishop Fulton Sheen (whose cause foor canonizationis being promoted); a Holy Hour before the Most Blessed Sacrament, including Taizé prayer and quiet; time to share with one another at meals or elsewhere; presentation on "the Jesus Prayer" and meditating using magazine pictures; free time to enjoy the beautiful outdoors; a pizza party; time to reconnect with each other and with the Sisters, and more, for example, a Thanksgiving Holy Mass for the Beatification of Mother Alphonse Marie with Bishop Zubik.

We are happy to offer this opportunity to these Single Women who are in the middle of so much (carying for an elderly parent; actively participating in parish life; earning and living; helping others; and much more), and are already planning for the next year. 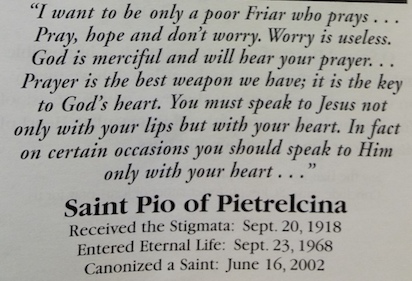 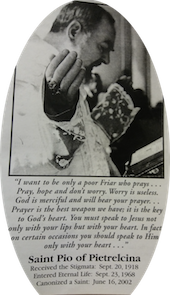 "When Jesus heard [that John the Baptist had been beheaded], He withdrew in a boat to a deserted place by Himself." (Mt 14:13)

After death of John the Baptist, His cousin, Jesus felt that He must leave the world for a certain time and spend time in prayer with His Father. Likewise, single women were invited to spend a relaxing weekend from October 13 - 15, 2017, listening to God, Who calls us to peace and fulness of life when we suffer. Suffering... which cuts into our lives at diferent times and in different ways.

Through listening, sharing, reflecting, prayer, silence and Scripture, nine single women, accompanying with the Sisters, came to a deeper understanding of SUFFERING and learned how to live with it more redemptively.

Our Experience of Suffering in the Light of our Faith - Feling the Pain, Finding the Pearls, was the theme of the retreat. The image is borrowed from nature; an oyster can cover a sharp cinder with fluid it produces in order to protect its soft body from pain, thus creating a pearl. each woman lives the single life - single by choice or circumstance - and, like all of us, desires deeper peace, joy, and fulfilment.

The weekend included talks by several Sisters and also by one of the woman who has attended the annual retreat since its beginning four years ago. They spent time listening to Jonah and Job, (our relatives in the faith) as they share the wisdom learned through suffering. Father Charles spoke to them about what he has learned, in bearing his own sufferings, which is helping to bear their own.

There was a time for quiet and prayer: prayer in silence before the Blessed Sacrament in our beautiful Chapel, Eucharistic Liturgy, and Taizé Prayer with others also in Chapel in the dark with dozens of lit vigil lights throughout the sanctuary. This very inspiring prayer began in France in an ecumenical community and uses simple verses repeated (chanted) over and over again accompanied by appealing melodies.

Even the lighter moments, such as shared meals and walking on our lovely grounds, were blessed by God's grace and built friendships.
This year's participants are already looking forward to next October's retreat. If you are interested in joining us give Sister Joanne a call (412-751-8600).

"The God of all grace, who called you to his eternal glory through Jesus Christ, will himself restore, confirm, strengthen, and establish you after you have suffered a little." (1 Pt 5:10)

Jesus said to His disciples, “Come with me by yourselves to a quiet place and get some rest.” (Cf. Mk 6:31)

On a sunny Autum weekend, October 14-16, 2016, six women came to the Motherhouse of the Sisters of the Divine Redeemer for a third annual Retreat for Single Women. They came from as far as Mt. Washington (Pittsburgh) and as close as Elizabeth Township. Some were first-timers, and some had come before.

The weekend included a variety of activities: Taize prayer in the dimly–lit Chapel; conferences by several different speakers—“Tending the Precious Seed That I Am”, “A Recipe for Holiness”, “Appreciating Icons”, and “Our Journey Through Suffering”. There were period of quiet; times to share, if desired; and time to enjoy the lovely outdoors.

The Sisters and their lay staff worked together to provide this wonderful opportunity. Prayers were offered by all, that God would help s the retreatants be refreshed… be reminded of how precious they are… and be ready to go back to everyday life, where God will also be waiting for them.

"Your love has given me great joy and encouragement, because you, ..., have refreshed the hearts of the Lord’s people." (Philemon 1:7)